What to see in Bologna 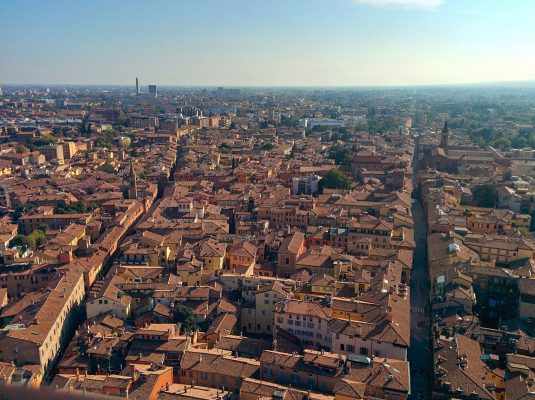 What to see in Bologna

Visiting a city is a very personal experience. Some people read guidebooks and magazines before leaving; others prefer to go to the local tourist office and follow the recommended itineraries; others just hang around freely inspired by the city and the people met on the streets.

Whatever your approach is, following are 5 hints about the town of Bologna. We leave it to you. You can follow them and reach the sites with your map or let fate and your instinct guide you through the streets of Bologna…

1. Via Drapperie, via degli Orefici, via Clavature, via Calzolerie. These streets close to piazza Maggiore are located in the so-called Quadrilatero formed by Via Farini, via Castiglione, Via Rizzoli and the Pavaglione arcade. Here, you can visit the popular food market “Mercato di mezzo”, full of shops of cold-cuts and tortellini, stands with vegetables and fruits, fish shops, cafés and traditional osterie (inns)

2. Osteria del Sole. The most typical Bolognese Osteria that has remained unchanged in the last 500 years, where you can enjoy wine to pair to bread and cold-cuts or cheese that you can buy at the Quadrilatero market. If you want to eat like locals, get the local focaccia called “crescente or crescenta” with Bologna Mortadella

3. In the novel titled Almost Blue set in Bologna, Carlo Lucarelli, a Bolognese writer and journalist says that, as viewed from above, Bologna looks surprisingly green. Those little green squares are the internal courtyards and “hidden” gardens of many historical palaces. They may not be as evocative as the Andalusian patios decorated with flowers and plants, but they are a nice surprise, if you want to search for them. Clue #1: Strada Maggiore no. 22…

4. The Porticoes of Bologna are one of the symbols of the Emilian city. In the unlucky event of rain, they will save you from having to carry an umbrella, which is virtually an uncommon accessory for locals. The 3-km monumental roofed arcade “Portico di San Luca” leads up to the Sanctuary of the Madonna of San Luca. Locals often mention it when they pray for something difficult to happen and say “if I succeed this time, I’ll walk all the way to San Luca!”

5. If you get tired of Bologna’s red roofs, you can explore the Bolognese Hills. Take via San Mamolo just opposite via Massimo d’Azeglio, which starts to climb up the hills, with a nice view and beautiful villas. Alternatively, leave Bologna, drive towards Casalecchio di Reno to arrive at Zola Predosa, Wine City. From there, climb towards San Lorenzo in Collina or San Martino, and enjoy the vineyards… And visit a winery to taste Pignoletto and Barbera wines!