THE RESTAURANTS NOT TO MISS IN MODENA 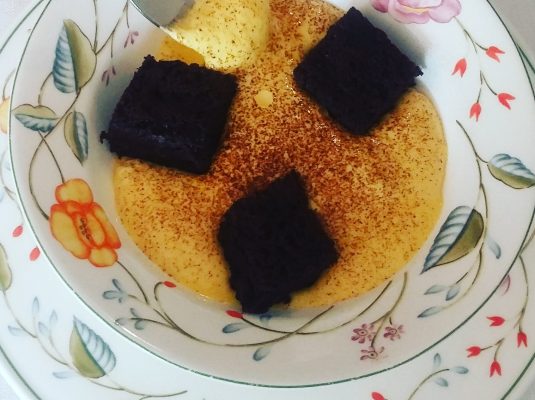 THE RESTAURANTS NOT TO MISS IN MODENA

The culinary tradition of Modena is renowned all over the world for its high-quality products and for its generous cuisine. The way to savor its delicacies, however, can vary, depending on the way and the context in which they are tasted. By the way, local food culture in Emilia-Romagna, like all over Italy, means first and foremost variety and creativity. So, let’s discover three restaurants in Modena where eating is not just eating, but a TRUE FOOD EXPERIENCE not to miss.

The Osteria Francescana needs no introduction, especially after 2016, when it was crowned by the Michelin guide as the best restaurant in the world, a prize that it obtained again in 2018. The chef Massimo Bottura (born in Modena), is considered an ambassador of the quality of Italian cuisine in the world. He had the opportunity to satisfy the palates of the most important people in the world, from Obama to Angela Merkel. Bottura’s cuisine is minimalist and contemporary. In his dishes there is innovation, culture, tradition, territory. In the composition of the menu there are stories, in the dishes there is art.  Traditional foods, re-combined ingredients that make the culinary experience go beyond a simple tasting. The chef and his staff are constantly able to reproduce a gastronomic journey based on the most local food of Modena area, cleverly revisited, deconstructed, rewritten. One of the secrets of the success of this restaurant is the quality of the products, strictly kilometer zero, selected by the Bottura himself early in the morning at the Albinelli Market, a historic food market a stone’s throw from the restaurant. Unfortunately, In order to eat at Osteria Francescana you need to book months in advance, but, let us say that if the wait is itself the pleasure, you will not be disappointed neither before nor after this wonderful food experience in the heart of Modena.

Osteria da ERMES is an institution for all the people of Modena. Located a stone’s throw from the Piazzetta della Pomposa, for over forty years it has gathered diners from all walks of life, from students to bankers, workers and lawyers. It is very likely that, if you decide to eat in this place, you will be greeted with a powerful pat on the back and a flurry of words in dialect pronounced by the owner, Mr. Ermes Rinaldi, the historic master who embodies the true tradition of Modena. The conviviality of Hermes and his wife Bruna turn the experience into a family dinner. Without the need for frills or sophistication, the tavern’s kitchen offers dishes that have always been part of traditional cuisine, from tortelli to gnocco fritto, from tagliatelle to zampone. All accompanied, of course, by an inevitable glass of CDO-certified Lambrusco wine. So, if you want to see and taste the most original and local tastes of Modena, there is no better place than this tavern, where between bottles of wine that pass from one table to another and rustic conversations you end up being all one family!

Let’s leave Modena city towards Bologna to arrive at Castelfranco Emilia, a village with about 30,000 inhabitants located along the Via Emilia crossing all the region that is a boundary area between Bologna and Modena. Here, locals feel more Bolognese than Modenese people, reasonably because the village belonged to Bologna until 1929. Castelfranco Emilia is famous in Italy for being the homeland to Tortellino, and celebrates this typical food in September every year with a local festival named “Sagra del Tortellino Tradizionale”  – the True and Traditional Tortellino Pasta from Bologna – as visitors may have noticed, locals are very proud of their strictly local culture and sometimes it can be hard to understand their rivalry…

Our destination is Restaurant La Lumira. We think it is a good compromise between popular cuisine, tradition and fantasy, and long-term outloook. Tradition is certainly embodied by the super local stuffed pasta that can be tasted in a dedicated menu. We have tasted the Tortellino pasta in an unusual but equally very well-designed version such as “Tortellini impannati” with Parmesan cheese and cream sauce. We believe that even most purist foodies looking for the typical broth-version will love it! Nice, tasty, with balanced taste. Chef Carlo Borsarini is also President of Tour Tlen, the Bolognese restaurant association promoting Tortellino and the rest of most local food recipes. Last but not least, Barozzi chocolate cake in Mascarpone cream as a dessert. Not too sweet, creamy, and very local dessert recipe from the Emilia region.

What else can we say? Just explore Modena’s finest food culture. Meet the people. Feel the experience. Travelling means sharing. We hope we have inspired you. Join our Artisanal Food Tours on www.emiliastorytellers.com