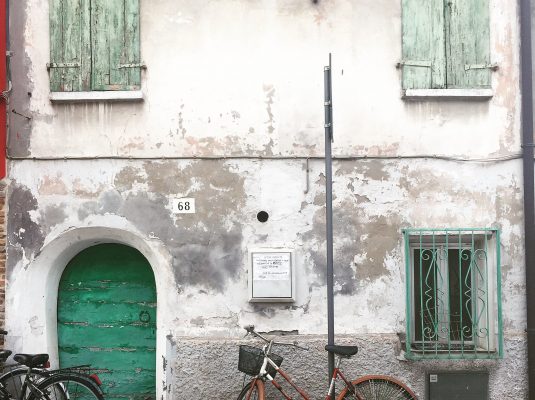 Along the Via Emilia, between plains and valleys, there are small villages that have resisted the passing of time, villages that still contain stories of a distant past and where it is possible to relive it. Getting lost among narrow stone streets, admiring boundless landscapes from majestic fortresses, breathing the history of old battles and forgotten legends is still possible if you know where to go.
Here then are 5 hamlets not to be missed in Emilia Romagna:

Located in the province of Piacenza, between the Trebbia river and Mount Penice, the village of Bobbio has kept intact the characteristics of the medieval village, with its small cobblestone streets and its countless small churches. The history of this village is closely linked to the construction of its abbey, founded in 614 by the Irish monk Saint Colombano. The iconic symbol of Bobbio is certainly its Devil’s bridge (or bulging bridge), a Romanesque bridge 280 meters long with eleven vaults (each with a different size) that crosses the river Trebbia. The legend says that it was the devil himself who built it, after a challenge with Saint Columbano. Before crossing the bridge to leave the town you should stop to try the typical dish of this place, the maccheroni alla bobbiese, strips of dough rolled around a knitting needle generally served with overcooked meet sauce (stracotto) or mushroom.

Going down along the Via Emilia, in the province of Reggio Emilia we come across Gualtieri, a small village with perfect geometries. The urban structure of the village has in fact been designed as a well-equipped Renaissance court. The square is certainly the most characteristic point of the town, due to its size and its perfectly square shape of 100 meters on the side, with a portico on three sides. The project was designed by the Ferrarese architect Giovan Battista Aleotti, known as L’Argenta, who also designed Palazzo Bentivoglio, residence of the Marquis of Gualtieri, which overlooks the Renaissance square in front of the Clock Tower. The architecture of this space reminds of the perspectives and the atmospheres used in Giorgio De Chirico’s paintings. In fact, inside the Palazzo Bentivoglio there is an important collection of paintings that includes works by De Chirico, along with other names such as Balthus, Guttuso, Mazù, Ligabue and others.

Not far from Imola, in the Sellustra valley stands the medieval village of Dozza. This charming hamlet has a characteristic that makes it unique in its kind; the visitor will find himself wandering through its streets immersed in paintings and murals that appear on the walls of all the houses. This is where the Painted Wall Biennial takes place since 1965, when contemporary international artists give free rein to their art on the walls, making it a true open-air museum. Surreal landscapes, fantastic animals and colorful characters alternate along the walls of the streets, creating a fairy-tale and dreamlike environment. At the top of the village there is the Rocca Sforzesca, built by Caterina Sforza. The undergrounds are now home to the regional wine cellar, which offers a selection of more than 800 local wines. Why don’t you start from Dozza to discover the best of Emilia-Romagna’s local food and wine culture?

In the heart of the Lamone Valley, 10 kilometers south of Faenza, near the border with Tuscany rises Brisighella, an ancient medieval village with a vocation for hospitality and sustainable tourism. Three points of the hamlet stand above the village, from which three historic buildings tower the land around: the Manfrediana fortress, with three cylindrical towers, now home to the museum of rural culture; the Monticino sanctuary and the Clock tower. From this last monument built in the late thirteenth century you have a fantastic view of the gypsum ravines surrounding the area. The walk through this village is made even more pleasant if you cross the so-called Via degli Asini (Donkeys alley), a long elevated “corridor” with the roof covered with beams and the stone floor, that was used during the Middle Ages as a defensive bulwark and passage for pack animals. At the end of the visit you will leave the village loaded just like pack animals, taking home two typical local products, the “Brisighello” extra virgin olive oil certified by the European PDO and the Moretto artichoke, which arises spontaneously in the slopes of the Apennines of Brisighella.

Not everyone knows that San Marino is not the only fortified city in the area bordering the region of Marche. In the province of Rimini, in the middle of the Marecchia Valley, San Leo observes the whole valley up to the sea, dominating and majestic. This small hamlet preserves stories of prestige and culture, having been chosen as the home of the Montefeltro family, which have made it a center of culture and an impregnable fortress at the same time. “The most beautiful city in Italy? San Leo: a fortress and two churches “; this was how Umberto Eco called it. The points of greatest interest are in fact the pre-Romanesque sandstone and limestone church, the oldest monument of the Montefeltro territory, and the Lombard Romanesque cathedral of the Xll century dedicated to the patron Saint Leone. On the highest point stands the impregnable fortress, built in the fifteenth century by order of Federico III of Montefeltro. Here is where Giuseppe Balsamo, the Count of Cagliostro, who died there in 1795, and Felice Orsini were kept in prison. Today the fortress can be visited, transformed into a museum with documents, weapons, objects of the time and its prisons. In addition to being rich in history and culture, San Leo is no less about gastronomic products. Do not miss the cheese with walnut leaves, the honey of San Leo and the balsam of Cagliostro, a liquorice liqueur in honor of the famous captive alchemist.

To conclude… History, food, and tradutions are the fil rouge of a surprising trip connecting all these Emilia-Romagna’s hamlets. For those people who want to explore more than the famous capital of food Bologna or the homeland to the top-world chef Massimo Bottura and Lyrics Maestro Luciano Pavarotti, Modena..
The Food Valley is a neverending story…

Do you want to learn more about the food artisans of this region? www.emiliastorytellers.com